Spoiler alert: Old China most likely doesn’t exist any more, or at least, no where I’ve found so far.  While staying with some friends in Shanghai, it was decided we were going to go visit this charming old historical city an hour away by train, Shaoxing.  It sounded cute enough, and really, after a whole day of the hustle and bustle of busy Shanghai, it sounded appealing to go somewhere quieter. 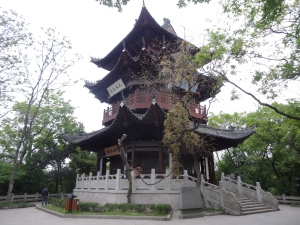 Well, what might have been a charming little city when my friends went there a few years ago is now a city of nearly 5 million people and the only historical parts that remain are a few protected neighborhoods.  I have a suspicion that the newer generations of people are choosing to move elsewhere, and within a few more years, these parts won’t exist much either, except for the tourists.  You can see other signs of this fast-changing city as well-  we took a few pedicabs (where the driver still pedals), but come this fall, all of these pedicabs will need to be converted to electric instead.

Despite our lack of planning, we were able to see quite a bit of the city.  At the train station, we  got a cab and said “take us to the places people go to visit.” Among these was a charming little lake where we took a boat ride and had a nice walk. 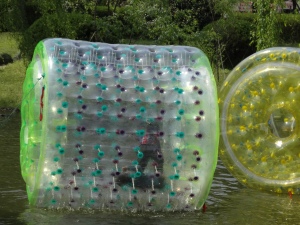 Kids could go in these awesome floaty tubes on the lake! 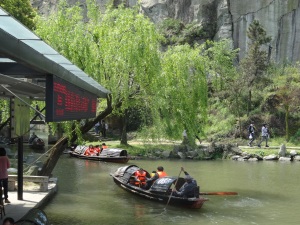 Taking a boat on the lake! 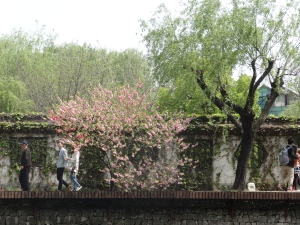 Other parts of this trip made me realize how lucky I am to be living in Beijing in 2014. We asked our pedicab driver to recommend a lunch venue for us, and he took us to a Chinese restaurant. It looked ok, and had a bunch of example dishes downstairs.  Then, the hostess insisted on ushering us upstairs to our table.  After we sat  down, we asked the waitress for menus, and she explained that they didn’t have any menus, and we had to go back downstairs to look at the food examples and decide what we wanted.  Also, the only drinks they had were some sort of apple juice in a carton with aloe vera in it.  You know it’s bad when someone in your group goes “I should have just gone to the McDonalds.”  The food, in their defense, wasn’t terrible, but wow was the whole experience weird. 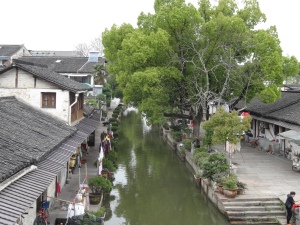 Housing by the canal in the historical district 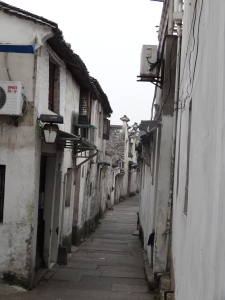 Following on the trend of slightly unpleasant surprises, have you ever gone in a bathroom where the lights weren’t working and then realized that you were glad you couldn’t see the bathroom clearly because it was obviously disgusting? No? Well, I have.  Towards the evening, our  cab driver was taking us to the last little market area he said we had to see.  Part of traveling in China is difficult because you never know when/where you’ll be able to find a nice bathroom, but you also want to drink water  during the day and stay hydrated. It’s a dilemma for sure.  So, this led me to, after wandering around for hours and then finally getting to this silly little market I didn’t care about, ask the rest of my group, “Seriously doesn’t anyone else really need to pee?” So, we asked around and found one.  I have never tried to run in and run back out so quickly without trying to touch anything in my life. 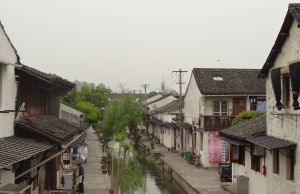 So, overall, it was an interesting and character-building kind of day!